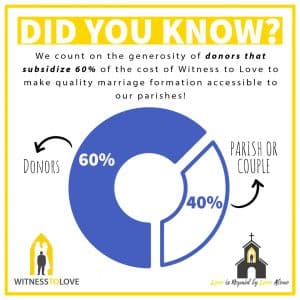 About Witness to Love

Our mission is to provide local churches with the tools to transform existing programs of marriage preparation into wellsprings of dynamic marriage discipleship that foster both parish connection and nurture authentic accompaniment before and after the wedding day.

Meet the Founders of Witness to Love

Mary-Rose & Ryan Verret are internationally recognized speakers, authors, television hosts, and the co-founders of Witness to Love. Together Ryan and Mary-Rose speak on issues regarding evangelization, marriage, and discipleship. In June 2021 the Verrets were invited by the Vatican to present at the International Forum: Where do we stand with Amoris Laetitia? – on the impact of mentor couples in evangelization.  They have been interviewed by: Rome Reports, The National Catholic Register, EWTN, The Catholic World Report, Catholic News Agency, The Gus Lloyd Show, Aleteia, and secular media outlets. They are the authors of Witness to Love: How to Help the Next Generation Build Marriages that Survive and Thrive, published in 2015. In 2021, they co-hosted the TV show ‘Family’ with Shalom World.  Mary­-Rose is a featured presenter in the series “Doors of Mercy” released by St. Benedict Press for the Year of Mercy. 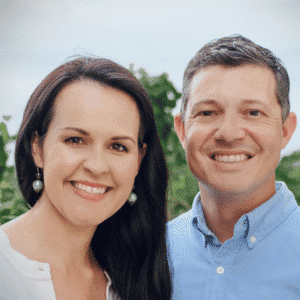 Ryan completed graduate studies in Theology, Clinical Psychology, and Medical Ethics and worked for several years in the field of healthcare administration. Prior to co-founding Witness to Love, Ryan has worked primarily in the development of legislative and educational efforts that develop the Culture of Life both in Louisiana and throughout the United States and Canada.

Witness to Love is a virtues-based, Catechumenate model of marriage renewal and preparation that integrates modern principles of psychology and the virtues to help couples facilitate an authentic dialogue about their relationship. The Verret’s reside in the heart of Cajun Country in Louisiana with their five children. Their passion is teaching couples to share their marriage with others and to understand that their home is a missionary outpost of the local parish.

How Witness to Love Got Started

Mary-Rose and Ryan Verret noticed newly married couples were missing in many Catholic parishes. The Verret’s began a seven-year process of interviewing over 400 engaged couples through their work at their diocese and later at their parish. During these hundreds of interviews, they realized that even the best marriage conferences, natural family planning classes, and their own parish’s extensive marriage prep course — which included marriage catechesis and mentor couples selected by the pastor — were not sufficient for success. The Verret’s discovered that what was needed was an authentic connection to parish life through the engaged couple’s choice of a mentor couple whom they knew and admired. Trust and existing relationships were missing in the standard marriage-prep mentor format. In creating Witness to Love they made a program that speaks to the everyday struggles and joys of newlyweds, while giving them parish lifelines of connection that last beyond their wedding day. 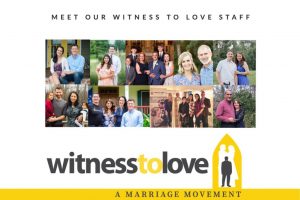